THE PATH - The DEVLOG by The Boredom Ministry 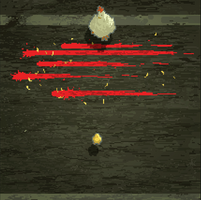 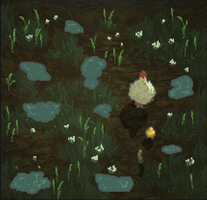 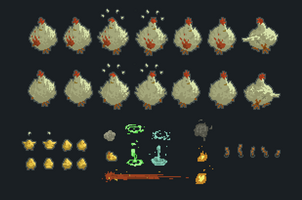 Hi peeps, The Boredom Ministy is proud to take you with us on the little journey of the creation of "THE PATH".

We made the first itteration of the game for LUDUM DARE 46 game jam. We had 3 days to do it and finished it 10 minutes before the hard deadline.

We had so much fun working on it Grégoire and I, it went so smoothly from beginning to end and we were so happy about the result, its potential, that we decided to make a long, better version of it. A proper game this time.  4 days after the jam we're back at it transforming what was a snippit into something that is now 10 times bigger. We'll post here what we sarted with, our thought process, what we decided to improve upon and how we built it.

I'll also post as I'm designing it, the larger version of the game so you'll be able to follow its evolution day after day.

For the game jam version of the game we went for something simple with a square screen, dividing the ladscape into tiles for no particular reason other than for being able to decide what amount of different land we wanted the chicken to stroll through. Since every kind of land had a certain kind of traps and hurdles attached to it, thinking in section was making it simple to figure out.

We started with twelve tiles of land, each the size of the screen.

This was the base for the backgrounds, I would (if I had the time - since I had to work simultaneously on 2 freelance job during the game jam) add props on it to mak the backgrounds richer. I didn't have th time I wanted to dadicate to the props but we made do. he plan for the background was:

1 > One square of base backdrop land

2 > one layer of props and traps

5 > A vignette that would both concentrate the attention like a soft spotlight on the heros but would also dim the background under their feet so the characters would pop out better in the frame.

6 > on top of that a layer with the charathers and their shadows (shadows were additive between themselves at the time, now they blend thanks to Grégoire)

7> and, at the end if we have time ( which we didn't) was to add an extra layer of eye candy like smoke, and ash rain, that kind of thing. But we managed to add little extra deails like cigarette butts, and a few rad kill tin cans. 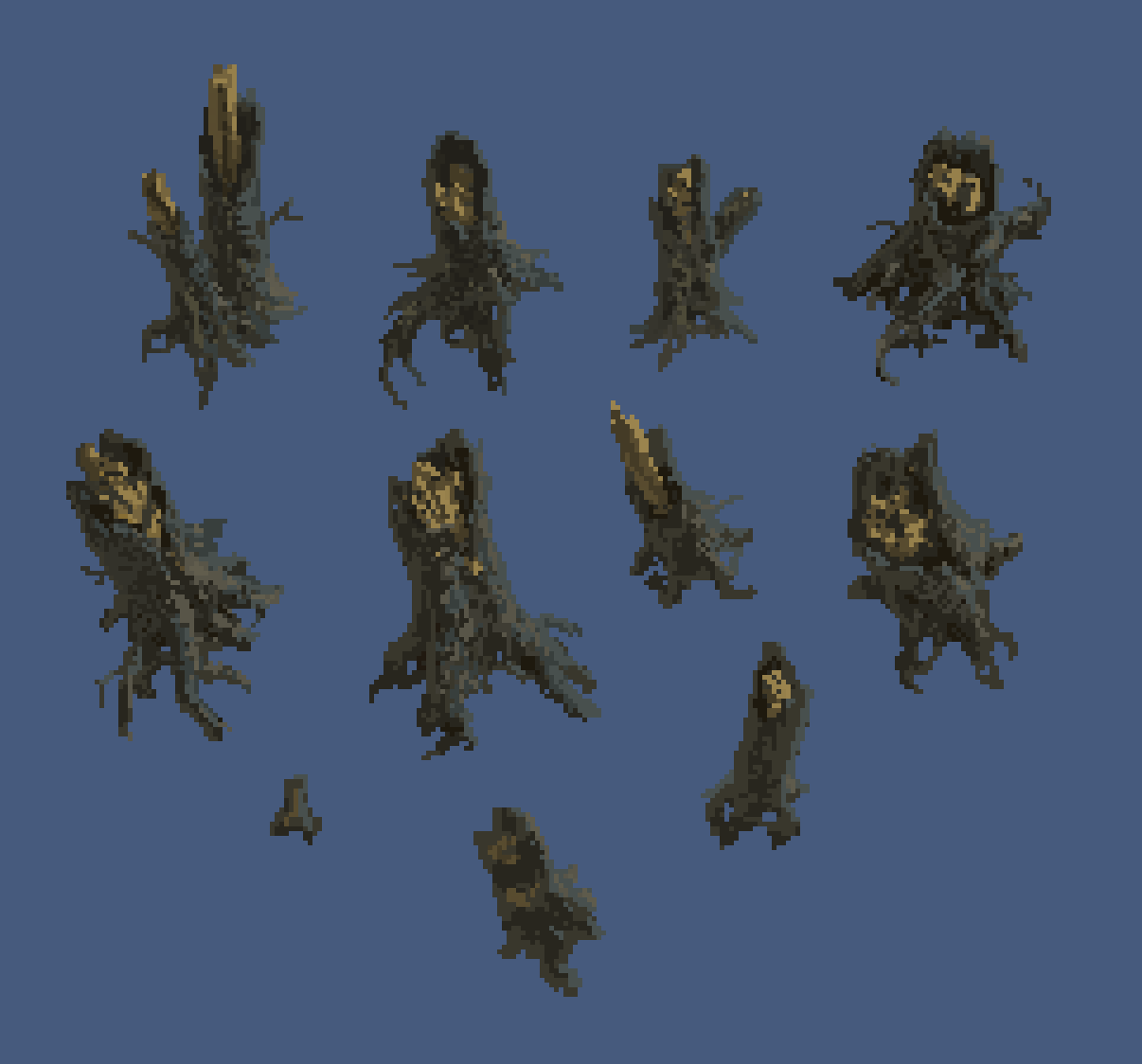 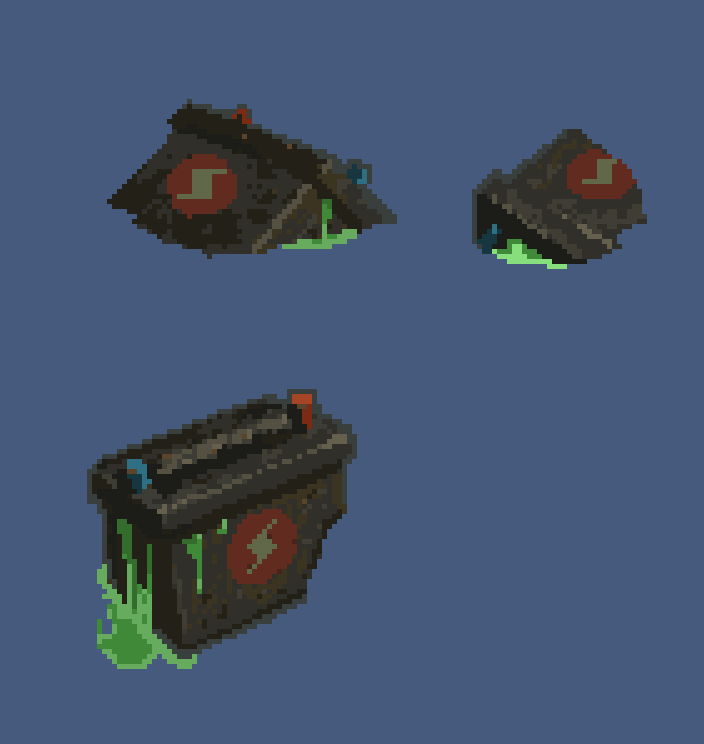 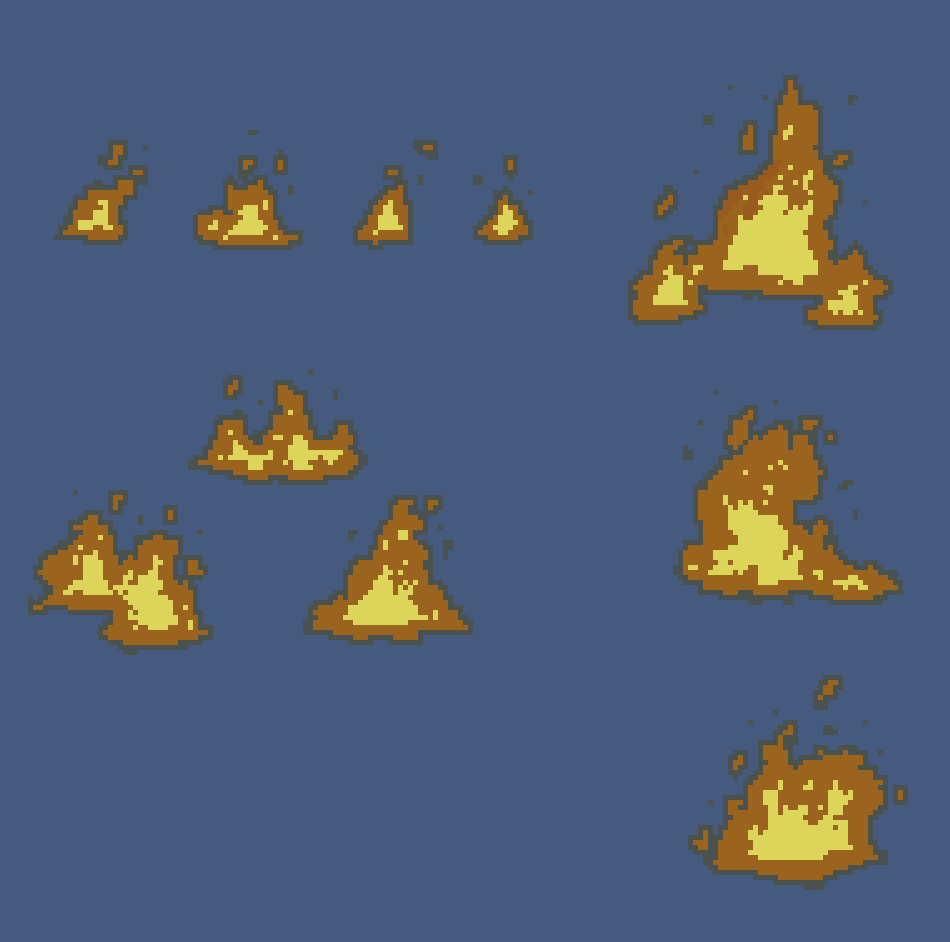 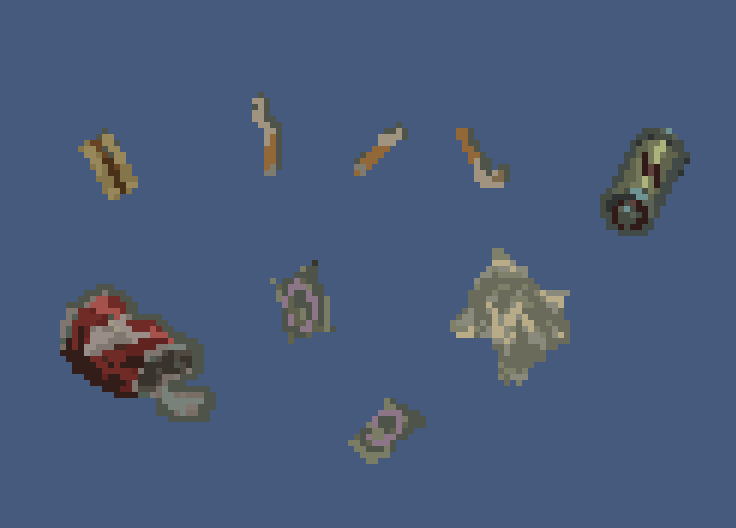 Every animation was super minimalist, literally 2 or 3 frames. And it worked pretty well for the most part. The chicken needs more work in erms of movement, but that was ok for the jam.

So we ended up with something looking like his very quickly :